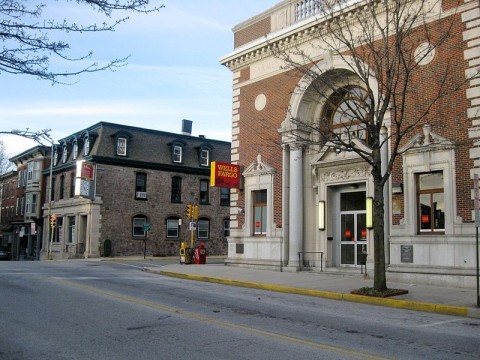 Redfin recently ranked the top "up-and-coming" neighborhoods for the 16 metro areas it serves, including the Greater Philadelphia area. The list combines market data, like real estate prices, along with input from Redfin real estate agents and was reported on Philly Curbed.

So what took the number 1 spot for the hottest up-and-coming neighborhood of 2013?

1) Situated on the Schuylkill River and located 28 miles northwest of Philadelphia, Phoenixville is more of a borough than a neighborhood. In 2010, Philadelphia Magazine ranked Phoenixville as one of the "10 Awesome Neighborhood to Call Home." What began as an important manufacturing center has emerged in more recent years as a borough with an increasing number of local restaurants and artisan shops.

Phoenixville, a former industrial city on the Schuylkill River, became a ghost town when the steel corporations left in the 1980's. However, the Colonial Theater, featured in the movie, The Blob, would not be forgotten and with its renovation came an influx of former and new residents. ~ Blakely Minton, Redfin agent

2) Brewerytown is a neighborhood in the North Philadelphia district. It runs between the Schuylkill River's eastern bank and 25th Street, bounded by Cecil B. Moore Avenue to the north and Parrish Street to the south. Brewerytown got its name because it was home to a number of breweries in the late 19th and early 20th centuries. The area has seen a trending gentrification, as a number of young professionals have moved to the area and property values have increased.

3)West Germantown is a neighborhood in the northwest section of Philly. Germantown is rich in history and was once a sought after destination for the rich. In fact, in 1793 George Washington and his family stayed in the neighborhood to avoid the yellow fever epidemic. According to Minton, stone homes that have sat dilapidated for years, like those on both sides of Johnson Street, are undergoing renovations and attracting the attention of many interested in purchasing property. So, what neighborhoods almost made the cut?

Now search for properties in your favorite neighborhood.