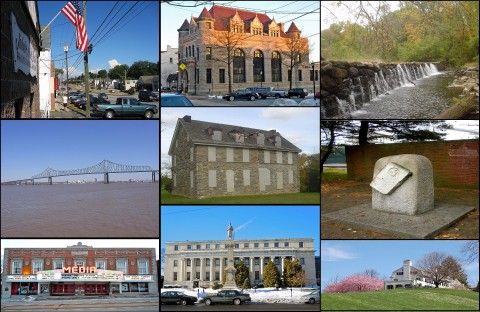 While much of Pennsylvania seems to be losing ground in terms of job growth, Delaware County proves to be resilient according to an economic recovery report.

The report, titled "State of Working Pennsylvania 2013," was released earlier this month by Harrisburg-based think tank Keystone Research Center. The report focuses on employment statistics from December 2010 through July 2013, zeroing in on job statistics beginning 18 months after the end of the Great Recession.

Still, Delaware County is outperforming much of the state, currently ranking as the 10th fastest-growing county in the state. Delaware County lacks the wealth of natural resources that have sparked a growth of drilling jobs in Washington County and eight rural counties that rank above Delco for job growth.

Between 2010 and the end 0f 2012, Delaware County added 6,202 jobs, an increase of 3 percent. Much of this job growth can be contributed to the professional business sector, which includes jobs that are highly skilled and require an advanced education, like accountants and architects. This sector has seen a 16 percent increase.

Delaware County has also seen an 8 percent leap in the financial activity sector and a 7.1 percent increase in leisure and hospitality services. The professional business sector includes many well-paid jobs, while hospitality jobs are often low-paying and inconsistent. Still, the range of jobs growing proves to be a great asset to a diverse community.

In addition, Delaware County has not been hit hard with school budget cuts.

If the county continues to maintain a strong school system, the outlook is bright for Delaware County.

Read more about this in the Delco Times.