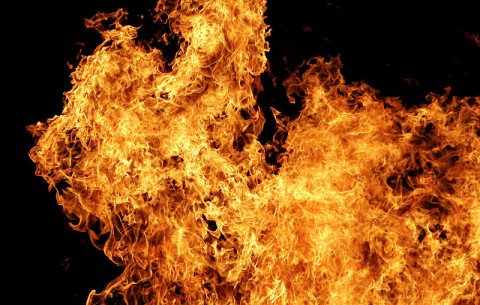 The fire broke out around 1:30 a.m on January 4th in Darby Township. While four family members escaped from the fire, the family dog was not able to make it out of the home. Some of the family members of the home exited by climbing out of a 2nd-story bedroom window onto their neighbor's roof. The residents then went through the neighbor's window and outside the home, escaping with their lives.

Two family members were treated for smoke inhalation, and a firefighter suffered minor chest injuries while moving a ladder to provide an exit for the family.

Sources report that a dryer may have started the fire, but the incident is still under investigation.

The incident above is all too common, but in many cases families are not able to escape their homes because smoke alarms don't have fresh batteries. Many property fires result because a home is not equipped with proper safety measures. As a result, landlords need to make an extra effort to focus on fire prevention because a perfect property could disintegrate in flames in only a matter of minutes.

According to the National Fire Prevention Association (NFPA), 1,389,500 fires were reported in the United States in 2011. These fires caused 3,005 civilian deaths, 17,500 civilian injuries, and $11.7 billion in property damages. This turns into a fire department responding to a house fire every 23 seconds! According to the NFPA 2010 estimates, common causes of house fires include:

Cooking: Cooking fires made up 42 percent of house fires. This means 2 of every 5 fires reported were cooking related, and cooking has been responsible for the highest number of home fires since 1990. Almost half of reported incidents were linked to the first ignition of cooking ingredients, like grease. In many cases, these fires occur when food is left unattended.

Candles: While candles only resulted in three percent of 2010 fires, fire departments responded to over 9,500 structure fires caused by candles. These fires resulted in 90 deaths and over $370 million in property damage.

Heating: Home heating fires were responsible for 15 percent of total fires, causing more than $1.1 billion in damage in 2010. More than one third of these incidents involved fireplaces, chimneys, or chimney connectors. Failure to clean was a factor in almost one-third of cases.

Smoking: According to the US Fire Administration, almost 1,000 people are killed each year by fires caused by cigarettes. Lit cigarettes left unattended often cause furniture upholstery to set fire, which can quickly spread throughout a property.

Electrical: Six percent of fires in 2010 were linked to electrical problems. Electrical fires are broken up into three categories: wiring, cords, and lighting.

As a landlord, there are some steps you can take to prevent a fire from occurring on your property. In addition to having regular inspections and complying with local fire code, Rentwell has some additional tips for preventing a blazing disaster.

Update the Lease: Many fires can be prevented by having tenants agree to follow some rules. For example, you can prohibit smoking inside the property and grilling on the outside balcony. You could consider having your tenants purchase renter's insurance to cover the cost of personal items in the case of a fire.

Maintain Fire Alarms: Schedule fire alarm inspections to ensure the batteries work. It could be a good idea to use lithium batteries that may work for ten years without being replaced. 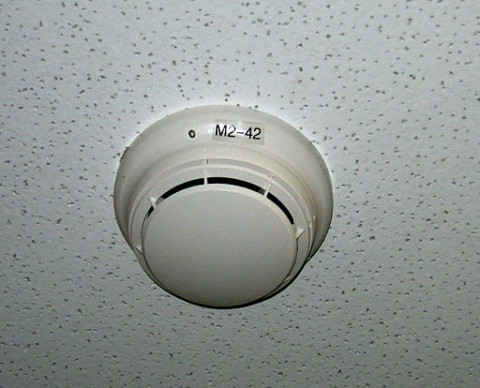 Make Electrical Repairs: Encourage tenants to let you know if they notice a faulty wiring issue or smell a gas leak. Build a relationship with a qualified electrical service that you can use to make trusted repairs on all your properties.

Provide Fire Extinguishers: Local fire code may require your property to have a fire extinguisher. Since cooking fires are a leading cause of fire, we suggest that you put the fire extinguisher in your kitchen and make sure to switch out old and out of date fire extinguishers. In addition to these tips, provide tenants with fire escape plans and information. You may want to share that even a small candle can cause a big problem. If your property is above the ground floor, provide a fire escape ladder for emergency situations. While these efforts might take up some of your time, it could save you from dealing with a bigger problem in the long run.