Is Apartment Leasing Part of the New American Dream? 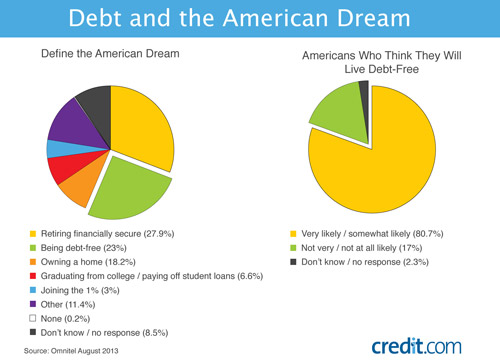 The fact that owning a home is not priority number one is pretty telling. Plus, home ownership among American has dropped to 65% according to an Interest.com study. It's not a huge surprise, as increased home prices make it difficult for many to afford the cost of owning.

According to a February study by Pew Research, younger adults are focusing on eliminating debt rather than purchasing homes and cars. In fact, in 2011 53 out of every 1,000 eligible young adult renters became a home owner, compared to 85 out of 1,000 10 years earlier. This has led many young professionals to move to the city to be closer to public transportation and jobs. Young people are also hopping between jobs, meaning that leasing is the best option for a changing job market. The fact is, younger adults are faced with rising student debt, which makes home ownership an unrealistic option.

Older Americans are at risk of economic hardship, making it difficult to own a home later in life, especially when retiring on time is a goal. According to a recent Property Management Insider article, 30% of senior home owners spent approximately 30% of their income on housing, while over 17% pay at least half their income. Plus, they have to deal with rising energy and tax costs.

The survey also revealed the following:

So while some Americans would still love to own a home, many are more satisfied with a comfortable lease and no debt.